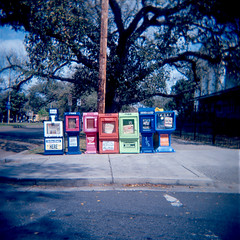 Let’s look at the national news report that said in Louisiana there was an oily sheen.  Bull crap.  When oceanographer Ian MacDonald went to look the oil was about 1 inch deep.  When is the national news going to stop feeding us crap.  When are they going to be brave enough to come out from under the “Obama dictatorship” of having to shade the story in the favor of his office?

Have you seen the really nice ads B/P put out about getting your claims settled if you have been affected in a timely manner?  Again are you really believing that #1 this is really going to happen in a timely manner?  #2 do you really believe they are doing what they say?  You could ask several of our local Clearwater fishermen who drove 6 hours one way to a claims office to be told first of all they were at the wrong office and secondly they needed more documentation.  I got this story right off our local Tampa NBC station and they are not under Obama’s PR thumb.

The print ad says go on-line and get help – how many gulf state fishermen have computers in their homes?  Let’s get real B/P!

In closing what I know for sure is if you want the truth come to our TV stations, our newspapers and be prepared the news here isn’t slanted to make Washington DC look good, it’s what is really happening.

By the way as of yesterday 33% of the Gulf of Mexico has been closed to commercial fishing.