We take so much for granted in life.  We take each day, carve it into the segments of our lives, go to sleep and wake up to do it all over again.  Most of us don’t spend a second thinking about dying, note the keywords there are “most of us”.

However there are people who will wake up this morning, and their first thought will be “I am still here.”  These are the people whom I am writing about today.  Somewhere in the past several months or years they were told that their lives are reaching an ending point.  The time they have left to spend in the dash is limited.  You all know about the dash right?  We see them on gravestones and in history books.

In this new era of open communication, many of us with serious illnesses talk about it.  A terminal diagnosis, in the “olden days”, was whispered about, if talked about at all.  Many of us know someone right now who is stealing every moment they can out of life.  I have always said that when it is my turn, I want the chance to steal those moments too.  I want to #RideItLikeYouStoleIt….Life.

That hash tag phrase came from a friend of mine.  She wrote it 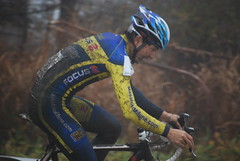 in a thread on Facebook about someone we know who is stealing all the moments he can.  Debbie Kirkland gets it, she was handed grim news once upon a time and she understands the importance of riding life as if you have stolen the extra moments.   Debbie knows how to live in the dash.

We have to steal as much as we can because the truth is we just never know when that last breath is coming, and I want to believe people will say I rode it like I stole it too.

As I end my writing for today I cannot leave without giving a tribute to two men whose names we know.  Randy Pausch and Steve Jobs.  They both stole as much as they could.  Pausch wrote his book, The Last Lecture,  and gave beautiful lectures on stealing life with the time he had left.  Jobs left this world saying 6 words, and many people are talking about those 6 words.

We will all put our own interpretations into what Jobs meant, but maybe just maybe he was grateful for the life moments he stole, and how he lived in the dash.  Pausch is a shining example of the dash.  How is your dash doing?

Thanks Debbie for this poignant reminder.